Oh look, I’m weaving my samples out of order. This is damask on a 5-shaft satin, which is the most common type of damask from the 15th century onwards1. 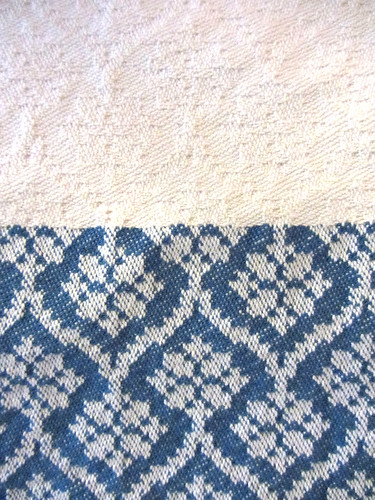 [1] Pattern and Loom, by John Becker

Satin has a similar binding to a warp-faced twill, except that the pattern unit is at least five and the binding is spaced in such a way as to avoid a regular pattern (such as the diagonal pattern in twill).

Satin is commonly associated with silk, as the long floats are ideal for showing off this fibre. There are examples of mixed-fibre satin as well. The Clare Chasuble (late 13th century England) was made from satin with a silk warp and a cotton weft, most likely imported from Iran.
In the late 15th century the Italians were weaving ‘satin de Bruges’ which had a silk warp and a wool or linen weft. 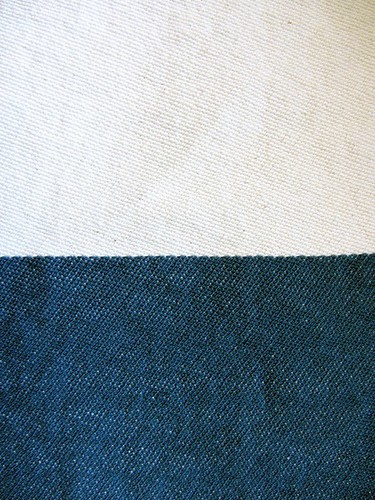 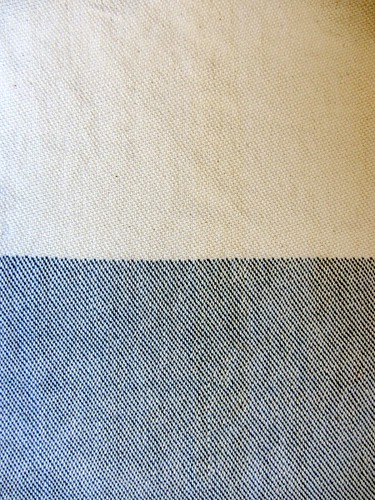 *Note: Sateen is generally used to describe a weft-faced satin but has been used to mean other things (such as a satin made from cotton), so this term should be understood in context when reading.